Mist.io allows you to run Ansible playbooks on both newly created systems (after they are deployed) or on existing servers it has ssh access. There are three ways Ansible playbooks can be added in Mist.io: inline, via  , or via URL.

The simplest way, handy when we only have a few playbooks to add. In the Scripts section, select Ansible Playbook as the type, Inline as Source and paste your playbook (making sure that indentation is preserved while pasting). Press Add to save the playbook. 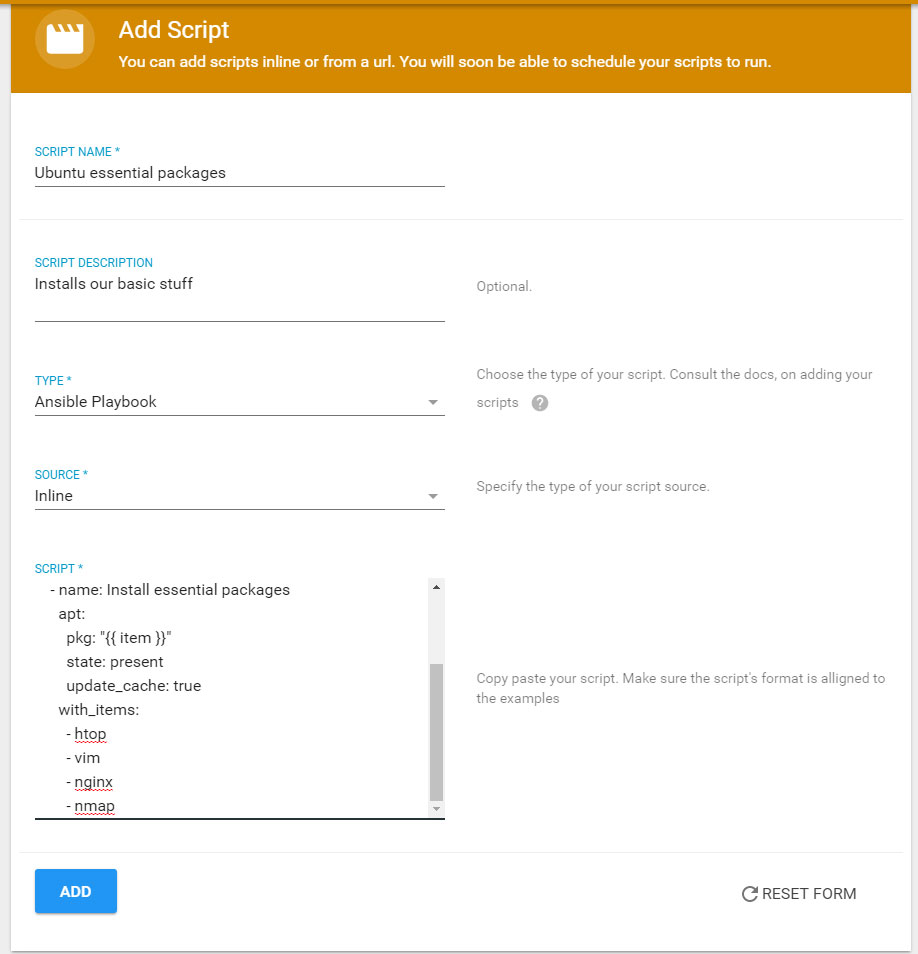 To use a   repository as the source of our Ansible scripts, we need to specify the   repo (eg https://github.com/mistio/ansible-examples), and an entry point (which playbook to run, e.g. update.yml).

If the repository is private, we'll have to give access to user  https://github.com/mistio-bot so it can clone it.

If you don't specify an  , it will use main.  as the default. 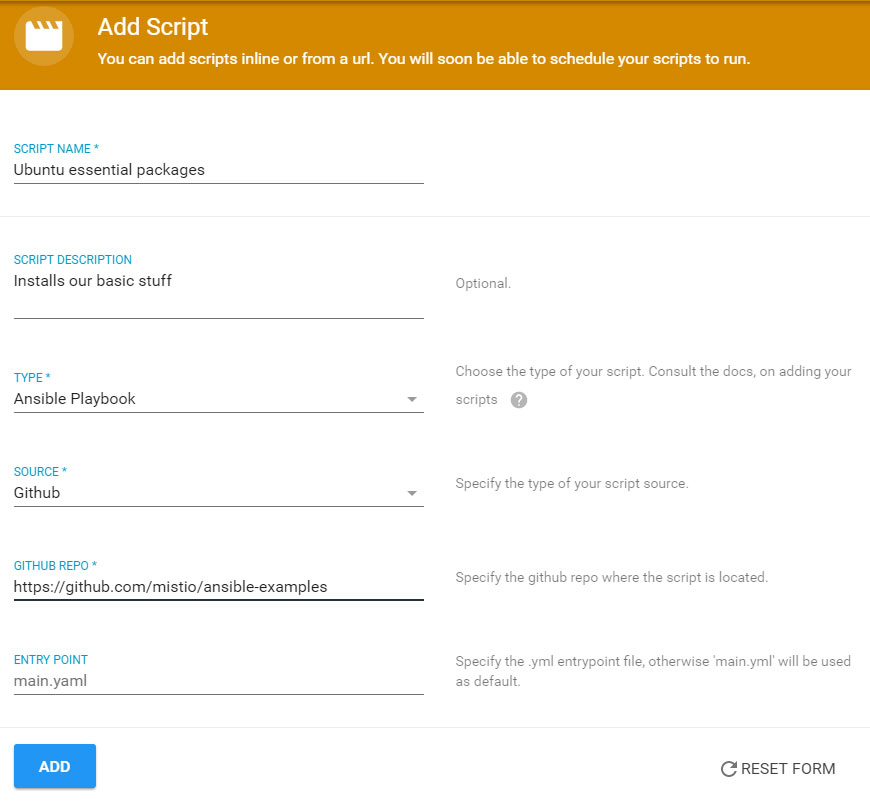 Alternatively, we can specify a URL which is either an Ansible   or a zip/tar file. If the URL is a zip/tar file, we will need to set the   (the path of the playbook) (eg ansible/books/update.yml)

If we specify a single Ansible playbook via URL, it has to result to the playbook in  . For example 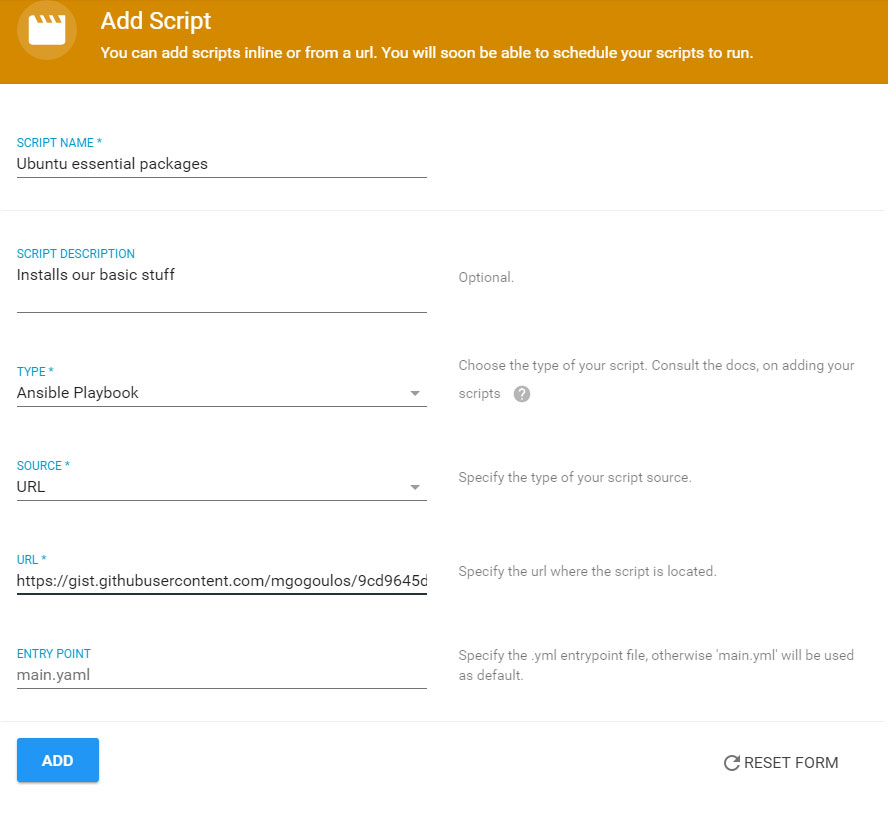 Now that we have added our playbooks, it is time to see how we can run them. We can do that on a newly created system, or on existing systems that Mist.io already has ssh access.

Running a playbook on a new system

While we are creating a new machine through the Create Machine wizard, on the Script section, we can select Advanced and select our Ansible playbook. Once the server is deployed, it will run the playbook. 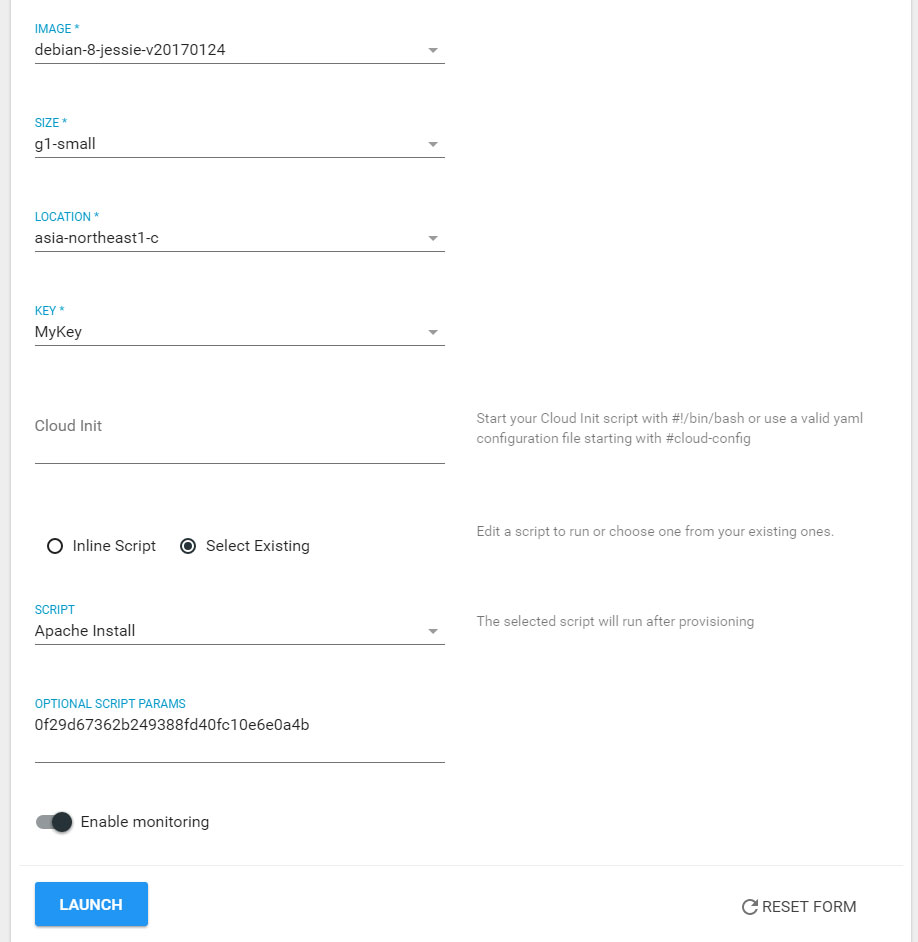 Running a playbook on an existing system

We can also run our Ansible playbooks on existing servers. Enter the scripts section, select the   and select Run script. Then, select the machine from the list and click on Run. The playbook will be run on that machine. The list shows only the machines that Mist.io can connect to via SSH